About five months ago I bought an HTC Desire smartphone (it came with stock Android 2.2), at first I was very impressed but as time went by I started noticing a lot of annoyances:

I am very disappointed in google for releasing an operating system like this, I am used to much higher quality from google products.

I'm a programmer, I know it's nearly impossible to develop such a large application that runs on a vast range of hardware with zero bugs, but since they never release any updates, there's no hope for improvement. Unless you're willing to lose your warranty and install a custom ROM you're stuck with what you got.

Anyway, it took me about three months to snap and realize that I need to install a custom ROM. I started with CyanogenMod 7.0.3 (based on Android 2.3.3) which was a big improvement, much faster, out-of-the-box Hebrew supports and much more customizable.

After using CyanogenMod for a few weeks I started noticing some new annoyances:

Last week I installed MIUI 2.3.4a and was very impressed (but since I got burned before I decided to wait a week or two to see how it behaves in the long run).

So far I haven't had to reboot the device in over a week and it is still as fast as when it first booted, and there were no spontaneous reboots. 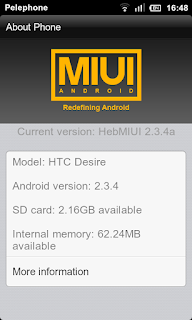 The people behind MIUI made a lot of changes to the default Android UI, they made it a little more iPhone-like.

For example, all of the applications are added the home screen by default (there is no applications menu). Don't worry you can still use widgets: 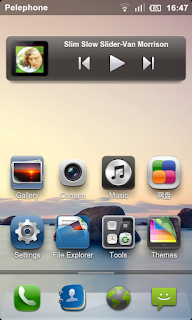 The dialer allows to search for contacts in a way similar to the HTC Sense's dialer, for example, by pressing "3, 2, 8" it will show me contacts that have "DAV, EAT, ..." in their names: 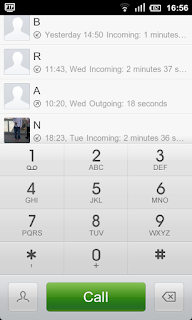 The lock screen has three unlock options: unlock, open dialer and open messaging app, and when you receive a call you have an option to reject it and send and SMS (directly from the lock screen): 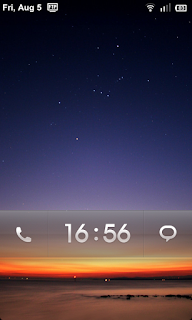 In addition to the notifications in the notifications bar there are also "Toggles", this are toggle buttons that allow to turn various features on and off (Wifi, Data, GPS, ...). A useful extra feature is that a long press on one of the toggles open the settings page relevant to that toggle: 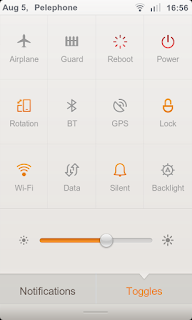 The built-in music player reminds me a lot of the iPhone/iPod Touch player: 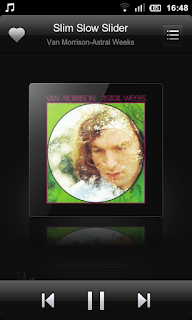 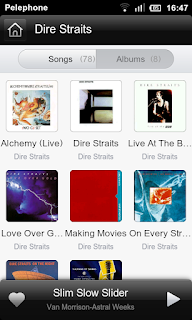 It also comes with a built-in traffic monitor for Wifi/Data/Calls usage: 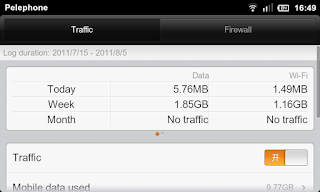 The only thing that bugs me a little is that the camera's flash doesn't seem to work, but since I don't use the camera that much it (the Desire's camera is of low quality) it doesn't bother me that much.

One of the installation guides I used to install MIUI recommended to install the 5.14.05.17 baseband version, and since then there were no disconnections and Cellular and GPS reception has improved.

Also, there is a fully Hebrew translation package at http://hebmiui.com/

To sum things up, MIUI seems to be very stable, very quick, normal battery usage and very comfortable UI and I'm having a far better experience than the previous ROMs I have tried.

So thank you MIUI developers, wherever you are and well done on a great job!